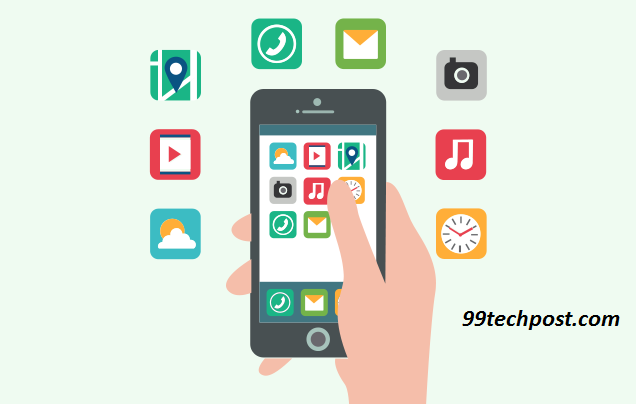 Despite the size of the business, the majority of them have already recognized the trend from the mobile to mobile first. If you are still a member of the crew who are faffing around whether to or whether not to have a mobile app then my friend you are way too much antiquated. Heavy investment, no surety of whether it will work or not, everyone is trying this....yes, this is some of the concerns that can hold you back but how can you get the return without risk. Keeping all these aspects aside, there are certain things in the mobile app development process which, if don’t work the way they are supposed to work will make even better app ideas to fail. The entire process of app development is precisely defined. A plethora of apps has been a part of the app store lately. Their trial and errors, mistakes, plus points have been a walk through path for the upcoming developers. However, there are certain wrong notions that have been adopted by the developers and following them can drive the app to the graveyard. Let’s explore and remove those myths from the developer’s mind.

It’s clients app and they should be the core focus. Taking their feedback and making changes as per their wish is pre-eminent for the mobile app development. However, all clients don’t carry a technical background and are not educated about the latest tech trends. In this case, they might give inputs and suggestion which don’t contribute positively to the overall look, feel or functionality of the app. Well, in this you cannot take on your ego and develop a non-cool and non-trendy app. As an experienced person, you must make them understand the right thing.

Many clients have a pre-defined mindset and keep on adding loads of things at one point of time. This does no good to the mobile app, instead, make the app cluttered. App development is a systematic process and adding all at once can literally screw the app. To eradicate such situations, it’s advisable to clarify before finalizing the project and initiating the development work what they want and whether you are ready to deliver that or not.

2) The More, the Merrier Doesn’t Work in App Development

Add a number of features and users are going to love it. If this is what you believe then you need to wash this thought out of your mind ASAP. Have you ever been to buying mango where you have these 10 different types? It will confuse you which one is good and which one is not when you are a newbie to buying a mango. Instead, you will like to opt for a place where is just one type, the best one. Users will also expect the same thing from a mobile app. They don’t want plenty of features which are of no use and which rather complicate things. They want the selected yet the best features.

No matter the features your app has, make sure you have the flexibility to grow it further. Scalability is the best feature a mobile app can have. Today’s market is demanding and shifting rapidly so if your app will become outdated within the year, you are not agile enough.

When your app interacts with others easily, you are adding new functionality to its core. Consider including API into your app to make it more streamlined.

3) Market but Not Too Much

Marketing should be done at the ending stage of the app development. You don’t need to spend a fortune on the app marketing. Well, there are set of audience who are used to miss out on the app promotion and marketing. This set of people assume that they have a great app developed, amazing UI and extraordinary UX and this is more than enough to lure the users. Wake up!!! Really with already 2.8 million apps in the play store and 2.2 million apps in the Apple store, why would a user be interested to find and install your app. Hello, you have to make an effort, a real effort to make your app reach a wider set of audience.