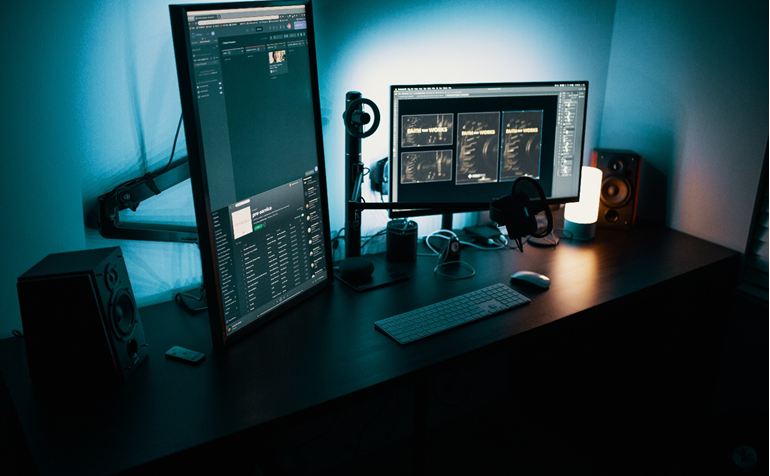 First of all, to understand how much money you need to build a gaming computer, the future owner needs to decide what level of games it attracts and based on this planned budget. Somewhat formally, gaming PCs can be divided into three categories:

Basic level - as a rule, such a build is designed for non-demanding applications and games until about the 2016 release. To run modern games will have to reduce the graphics settings to medium or even low. And then not the fact that the game will run. On the other hand, fans of Dota 2 or World of Tanks PC of this level is enough, and the budget for hardware will not exceed 10-15 thousand UAH.

Optimal, or medium gaming computer - suitable for almost all gaming tasks. The performance is enough for Call of Duty: WWII or GTA V games. The prices for such assemblies may vary from 30 000-60 thousand UAH, the range is determined by the specific parameters of each PC element.

An advanced gaming system unit is the best of what is on the market. True, only at this particular moment, as updates are released regularly. The top assemblies are assembled from the best engineering solutions, the quintessence of IT technology. Naturally, on such a PC game, even the demanding Far Cry 5 in 4K resolution, will go at maximum settings, without freezes and other problems. However, to pay for the hardware will have to be at least 40 000 hryvnias. And the most productive options can cost 100 thousand, the limit in this category is not. Of what to assemble a gaming PC, we will consider in more detail below.

What components are needed for a gaming PC?

As already mentioned above, to start with a good idea of what tasks you need a computer for. After all, the concept of "gaming" is very diverse, and different games suit different configurations of parts. On this basis, it will be easier to plan the budget and navigate the range of proposals. Next, to decide on the processor and graphics card - they are the main burden as to computing power and money (these two components will pull up to 80% of the total cost of the system unit). In conjunction with the processor will go motherboard, because sockets must match each other. The other components will directly depend on these components.

How to choose a motherboard and a processor for a gaming computer:

Let's not continue the polemics "Intel or AMD". Let's just note that for games Intel processors have been preferable for a long time, despite their higher cost. But in recent years, AMD has also can offer productive solutions. True, in an AMD-based build, you should pay extra attention to the cooling system. To be specific, for a gaming PC you can choose a "pebble": for the basic configuration - CPU level Intel Core i3 of the latest generations (Core i3-8xxx-Core i3-10xxx), with a frequency from 3.6 GHz, or analog from AMD, for example, chips of the AMD Ryzen 3 family with four cores; for mid-range PCs, the six-core eighth generation Intel Core i5 or AMD Ryzen fifth series processor is optimal; For a progressive gamer computer, you can choose the CPU for a very long time. We advise paying attention to the family of CPUs Intel Core i7, Intel Core i9 last generations, or AMD Ryzen 7, with eight cores and clock speeds from 3.6 GHz.

The most popular socket is 1151-V2 for Intel products and AM4 for AMD. Accordingly, the same socket should be on the motherboard. In addition, when choosing a good motherboard for a gaming PC, you should pay attention to the following parameters: ATX - full-size form factor with a large number of slots; the chipset B360/H370 (for basic level assemblies) or Z370 for advanced gamers configurations, if you give a preference to Intel. For AMD-based architectures, a B350 chipset or expensive but powerful X399 motherboard will do; don't skimp on the number of slots and connectors. But the wireless interfaces might not be useful.

How to choose a graphics card for your gaming PC:

The video adapter is worth paying maximum attention to. It is the video card that carries the main load in the game. There is no big difference, between AMD Radeon or NVIDIA GeForce. Each solution has its advantages and disadvantages, which manifest themselves differently in different assemblies. Among NVIDIA GeForce GPUs, we advise paying attention to GTX 1660, GTX 1660 SUPER, and GTX 1660 Ti models. Among AMD Radeon solutions, RX 5500 XT stands out. An example of Sapphire Nitro+ Radeon RX 5500 XT 8GB GDDR6 (11295-05-20G) gaming graphics card

In this case, regardless of the processor and other parameters, almost all of the characteristics of the graphics adapter depend on your favorite games, ie, the level of load. For example, for fans of Fortnite, Dota 2, CS GO, or "Tanks" a modest graphics card with 2-3 GB of memory will be enough. But when it comes to projects like Far Cry 5, you should take a look with a discrete board of at least 4 GB, and preferably - 6 GB. And if a gamer wants to set the graphics as high as possible and play on a 4K display, you need a card with all 8 or even 11 GB. The memory type is at least GDDR5.

The charts of the test and materials indicate the average speed of video cards in games, expressed in several frames per second - FTS. Conditionally, 30 frames per second and more are considered comfortable. But it is better to focus on 60 fps - this is the level of performance, which allows you not to be distracted by freezes and frame slumps in difficult scenes. It is advisable to look at reviews for each game and adapter model.

Everyone should have a good producer computer because many people work at home as a web designer and programmer and so on and they need a good PC for that because it will provide a good job so for that purpose you should choose a gaming PC because it is very productive and others just need a PC to have access to different sites with lots of information such as emisferotech.