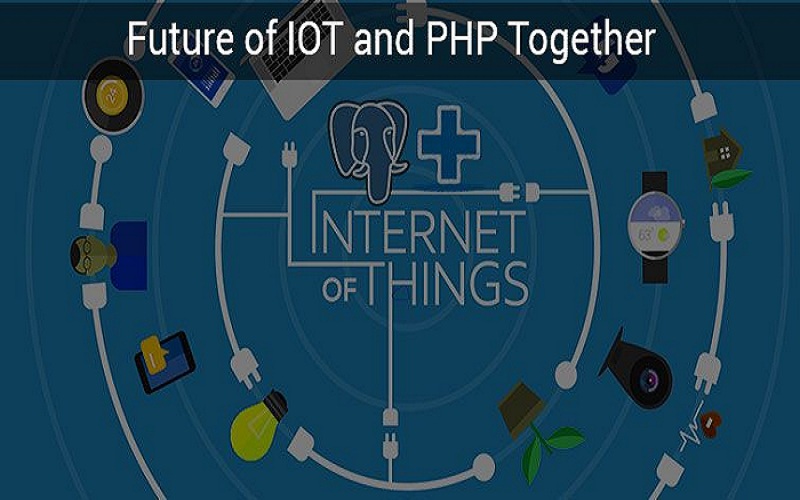 While many businesses unanimously agree that IoT is the technology of the future and invest big sums in its development and expansion, its deployment and implementation can generate hot debate among software developers.

In this article, we will have a close look at IoT technology and PHP programming language and explain which PHP features make it a great choice for building IoT software.

PHP is a general-purpose open-source scripting language. It first appeared in 1994 and since then it remains one of the most popular programming languages for web app development. It allows software developers to build a web application of any complexity be it dynamic or static.

According to Web Technology Surveys, 78.9% of websites on the global Internet run on PHP, including Yahoo, Facebook, Wikipedia, Flickr, WordPress, MailChimp, and many others.

There are a number of reasons why software developers choose PHP:

Many newcomers choose PHP as a starting point in IT. It is easy to master, therefore, it allows beginners to write simple scripts just in two hours of learning it.

Unlike JavaScript which runs on the client-side, PHP code is executed on the server-side and it never reaches a user’s device. This feature makes PHP a platform-independent language.

PHP generates HTML files and sends them to a user’s browser. As a result, the user’s device runs only HTML being unaware of the underlying PHP code.

PHP is an integral part of the LAMP stack that includes Linux, Apache, MySQL, and PHP. The LAMP stack is one of the most popular and optimal solutions for building web applications. When PHP is used as a part of LAMP its performance is much faster than the most sсripting languages like Microsoft ASP and JSP.

PHP is a versatile back-end language it can run on the most known operating systems such as Linux, Unix, Windows, macOS, etc. It supports a wide range of servers like Apache, IIS, etc. and can use a variety of protocols to talk to other servers such as LDAP, POP3, HTTP, COM, and many others.

Moreover, PHP easily correlates with more than 20 databases, including the most popular and open-source ones. MySQL, CouchDB, PostgreSQL, Oracle are among them. They help software engineers create modern dynamic web sites.

Although PHP is largely used for web development, software engineers can use it to effectively solve a vast number of issues. For example, PHP can be applied for Robotics, Artificial Intelligence, Big Data, Internet of Things, and other solutions.

Introduction to the Internet of Things

The Internet of things (IoT) represents a network of various mechanical and digital machines that communicate with each other using IP protocols. It means that these devices can transfer data over the network without any human intervention.

An IoT ecosystem comprises a variety of smart devices that are connected to a web. They include measuring mechanisms, data processors, actuators, and communication hardware.

Here is how IoT technology works:

IoT is a promising technology that is already successfully implemented by many businesses. Only in 2020, companies have invested in IoT $749 billion and the numbers are expected to reach $1.1 trillion in 2022.

Business Insider states that there are expected 41 billion IoT devices working in different parts of the world, while in 2019 there were about 8 billion devices. This impressive growth is explained by the rapid development of Blockchain and 5G technologies. They will go hand-in-hand with IoT making it more widespread and secure.

How to implement IoT in different areas:

How Do PHP and IoT Work Together?

PHP is widely implemented for creating web apps, therefore it could be an effective programming language for building IoT programs and web apps for IoT management as well. However, to develop IoT solutions PHP requires a bit more functionality. That’s why software developers have created PHPoC.

PHPoC descends from PHP and has a nearly identical to PHP syntax, however, it’s adapted for the embedded systems. PHPoC adds advanced functionality to interact with hardware peripherals like I/O, UART, I2C, SPI, ADC, TIMER/COUNTER, RTC, etc. It also includes basic interfaces that help to communicate with multiple devices, sensors, network interfaces using whether a wired or wireless LAN connection. Above all, it supports a variety of Internet protocols for establishing secure IoT networks.

PHPoC platforms can be utilized for various IoT needs such as:

The Internet of Things (IoT) is one of the newest technologies that can completely change people’s lives. Recently IoT started rapidly gaining its popularity due to the development of IoT supplementing technologies like 5G, Artificial Intelligence, Big Data processing, and Blockchain. All of them help IoT to become more widespread, powerful, and secure.