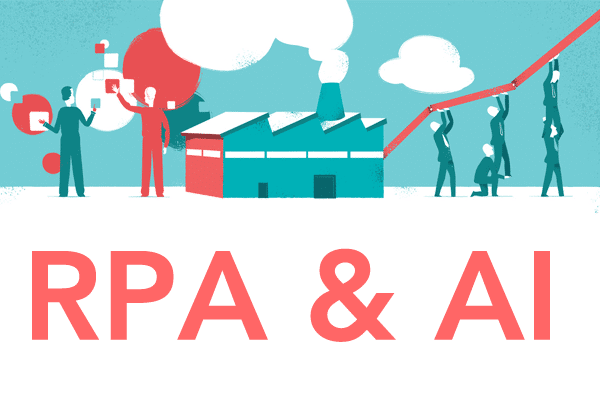 The expanding world of artificial intelligence and robotic process automation can be misleading since many terms and technologies overlap that can cause confusion to everyone. It’s important that everyone knows about their differences through features and uses to make everyone aware of their benefits in different situations and workplaces.

What is Robotic Process Automation?

Robotic process automation or RPA is an umbrella term for what’s making robots capable of performing a certain process automatically if given the proper data in its algorithms. For instance, any calculation of consumer data in the computer or other repetitive tasks can be done by a robot instead of a human.

The traditional process automation for industries is to integrate a custom solution into the systems or machines of a business. However, due to technological innovation and advancements, robotic process automation is capable of mimicking human behavior as long as given the proper data and taught actions to gain experience.

The robotic automation process is gaining a lot of popularity and access because of its effort to boost and enhance productivity. Further, the rules in the software are programmed and can automate routinized workflows by extracting structured inputs from spreadsheet software such as Microsoft Excel.

The robotic process automation extracts the structured inputs to input them into Systems, Applications, and Products, otherwise known as SAP.

Machines are also now capable of mimicking the way humans think as well as having the ability to learn cognition, reason, and judgment-based decisions. Artificial intelligence is also capable of updating itself accordingly to the large amounts of data it takes in.

Artificial intelligence is responsible for making all the judgment-based decisions, thinking, reasoning, and cognition while robot process automation puts them into action. Combining the two technological innovations together is a force to reckon with because of all the opportunities and benefits it provides to companies and other industries.

Since the future of robot process automation and artificial intelligence is dramatically increasing, more and more businesses will continue to demand more solutions. Solutions that will reduce the cost of production as well as boost productivity in the workforce and workplace.

Edward James Fortaleza is a freelance writer. He is a writer by day and a binge reader by night. Edward James loves to write just about anything related to Digital Marketing, Technology and AI, Lifestyle, and Home Improvement. During his free time, he loves to listen to pop music.