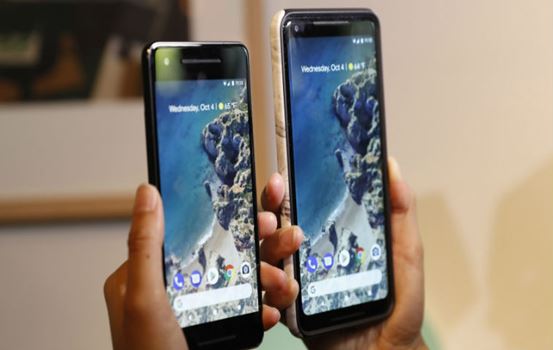 Apple phones are considered classy Smartphones as they are a precious possession. On the other hand, Google Smartphones are another example of classy phones that have recently risen to compete with Apple phones.

Thus, if you love to own classy Smartphones such as apple iPhone 8 or Google Pixel 2 XL, and confused between the two, here is a quick comparative analysis to help you out.

These days, Indian Smartphone users are thrilled to use bigger screen Smartphones, and they do not prefer smaller screen phones. However, Apple does not seem to notice this trend and have continued to manufacture its iPhone 8 with a screen size of only 4.7-inch. On the other hand, Google seems to have tapped this demand of the Indian Smartphone market and launched Google Pixel 2 XL with a screen size of 6-inch. Now we don’t need to tell you which option wins the race in terms of the display.

The RAM capacity of iPhone 8 is 2GB while the Google Pixel 2 XL packs in a powerful 4GB RAM. Both iPhone 8 and Google Pixel 2 XL have a similar internal storage capacity. Both Smartphones have internal storage of 64GB to help you keep your memories with you forever. However, when it comes to expanding the storage capacity, neither of the devices let you expand its capacity to more storage. Get the tips for phone repair funan from expert.

The processor details of iPhone 8 and Google Pixel 2 XL are as follows:

Google Pixel 2 XL runs on the latest version of the Android series which is Android v8.0 (Oreo). On the other hand, iPhone 8 runs on iOS v11.

Google Pixel XL 2 has a 12.2-megapixel rear camera well supported by an 8-megapixel selfie shooter camera. On the other hand, the iPhone 8 packs a 12-megapixel rear camera along with a 7-megapixel front camera. The iPhone 8 offers Retina Flash while the Google Pixel XL 2 has an in-built dual-LED flash. In case you are not satisfied with your phone camera, you can always get a professional digital camera for portraits, wedding and travel photography.

When it comes to the weight, iPhone 8 and Google Pixel 2 XL weigh 148 grams and 175 grams respectively.

Some of the other key features of iPhone 8 and Google Pixel 2 XL are Wi-Fi, Single SIM (GSM only), Fingerprint Sensor, Quick Charging, Bluetooth, 3G, 4G/LTE, NFC, and GPS.

From the above discussion, it’s quite clear that iPhone 8 specifications seem to be lagging behind when compared to Google Pixel 2 XL features. Hence, it need not be mentioned which one to purchase and why. refurbished iphone 8 also available online for sale.

If you have decided to buy Google Pixel 2 XL on EMI, you should get it online from Bajaj Finserv EMI Store. This means that you need not pay any interest on your division of phone’s cost into easy EMIs over a tenor.

You can also grab free same-day delivery of your Smartphone as it will be handed to you from one of the 43,000+ hyperlocal stores available in 950+ Indian cities.

With Bajaj Finserv EMI Store, you can easily manage your monthly budget and purchase high-end Smartphones without feeling the financial pinch even one bit.