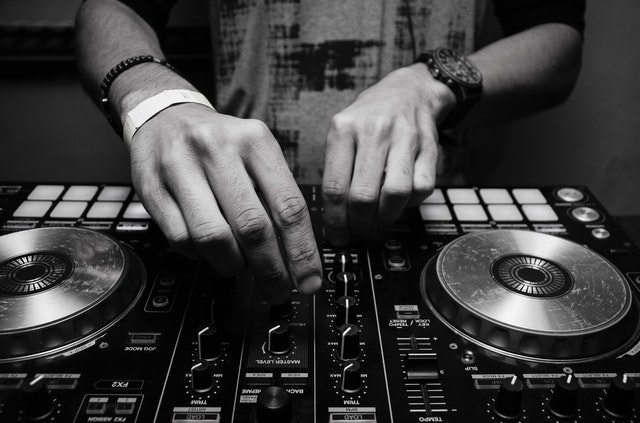 DJs need a lot of gear to create sick beats. You have your main computer, consoles, controllers, and sound cards, just to name a few. How do they all connect? Through the humble USB port.

The problem is that you have a lot of these peripheral devices competing for limited space. The solution is the USB hub with all its multiport glory. But the challenge is choosing the right one given that there are dozens of options.

USB 2.0 is the current standard built in most electronic devices. But the landscape is quickly changing with several developments already underway. Then you also have the issue of authenticity. Some hubs parade to be the latest version, but the truth lies under the hood. In choosing a good USB hub for your DJ equipment, take note of the following:

The most important thing to consider in investing in a USB hub is power. There are two types. The first is unpowered, which derives its power solely from the USB port of your computer. This makes for an easier setup and is great for simply expanding the number of ports.

The second is self-powered, which draws energy from an AC adapter. Instead of dividing the 500mA from your computer’s port, the powered USB hub is capable of providing 500mA from each of its ports. This is perfect for a large controller or a controller with a lot of LEDs.

The latest standard in connecting peripherals to your computer comes in the form of USB 3.0 and Apple’s Thunderbolt port. The former has transfer speeds that can reach up to 625Mbps and better power-carrying capacity. More computers are now equipped with USB 3.0. If the port features a blue plastic on the connector instead of black or white, then that’s a USB 3.0.

The Thunderbolt, on the other hand, was just rolledout in 2011. Get ready for this—it has transfer speeds of up to 20Gbps (gigabytes per second). The only downside is that it’s mostly available in Apple gear.

Another thing to be wary about is the overemphasis of some USB hubs on design instead of actual functionality. There are some good and crazy-looking hubs out there. You might be tempted to buy them for a bit of flair to your setup, but do yourself a favor and check the build quality first. Manufacturers that focus more on style probably skimped on things like research and quality control.

Futureproof your studio by investing in a USB hub that has a lot of headroom. On top of your immediate hardware needs to build a functioning studio, you also have to make space for other peripherals that you might fancy buying someday. Talk about keyboards, printers, drives, controllers and audio interface among others.

For the onthego, it’s not unreasonable to assume that you can’t bring your entire home-studio setup. The best thing to do here is to look for a travel-sized hub. The major downside is that portable hubs are most likely unpowered, which means it can’t handle as many devices at once.

Now, don’t be cheap on this one.Otherwise, you’ll have trouble with your data transfers. Having a backup is also a good idea. You know, just in case of theft or loss while you’re on the road.

In plugging your hub, you should know how to prioritize your hardware peripherals. Certain devices should always be attached directly to the computer to avoid latency, like any recording gear or audio interfaces. It’s also better to use shorter cables for faster data transfers. Cables longer than sixteen feet often cut out USB signals. Limit your cables to three to six feet.