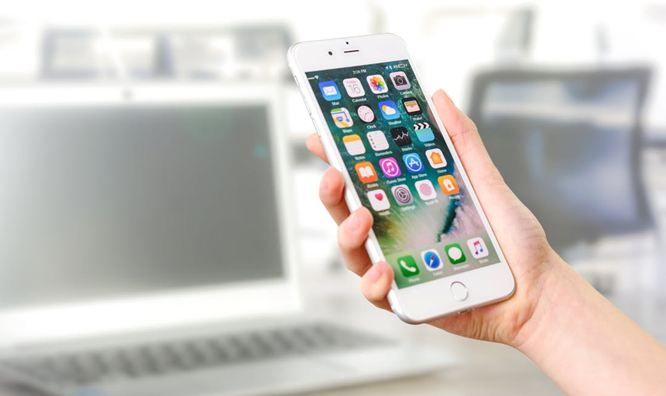 Smartphones and applications have taken over our lives. Every day, without fail, we come across a plethora of apps. Whether it be an alarm app you installed to wake up, a water reminder application, or a messaging app, there are just too many examples of applications around you.

We spent a tad too much time on our mobile devices. According to Statista, an average consumer spent over 215 minutes on their phones in 2018. This figure is projected to reach 234 minutes by the end of 2021!

Within the world of mobiles and tablets, the gaming industry is specifically thriving. In fact, according to Techjury, 21 percent of Android and 25 percent of iOS downloaded applications are games! Moreover, 50 percent of mobile usage is reserved for playing games.

This is excellent news for developers. It means that there is a huge demand for gaming apps. So, to become the owner of a profitable venture, you might want to consider creating an addictive gaming app.

But, this is easier said than done. Here are a few factors every developer must keep in mind when making a gaming app for the modern consumer.

As a developer, you might know the ins and outs of creating a viable and well-functioning app. But, unless you know the problems users face, you can’t offer a solution to those problems.

Just like any other application, gaming apps are also plagued with several issues that are off-putting to players. For instance, many segments of the population find in-app ads frustrating while others get worried about the security and privacy of their data.

To better know the problems and concerns of your target audience, before you begin coding and developing a game, conduct research. A great way to do so is to look at what users have to say about different games. Online reviews matter, regardless of what you are purchasing.

For starters, positive Airg reviews will help you understand what the brand is doing right to garner appreciation from customers. Reviews about games can also help you in knowing what you must avoid and what you should do.

Gone are the days when gamers merely want quality graphics in a game. Regardless of which genre of games you opt for, people look for more than just standard gameplay. They require a hook to stay interested.

After all, there are just too many options to choose from! And this is bound to increase the switching rate of the masses.

To make sure that your game is downloaded by everyone, and not abandoned after a given time, as a developer, you need to look beyond perfecting the graphics of the game. Instead, think about the story you wish to tell.

Make sure your players have an ulterior purpose to stick by the game and finish it. Does this mean you need to craft a complex and beautifully written story first? No!

Your story can be as straightforward or as complex as you want it to be.

It just needs to have a few things, which include the following:

Each of these things governs whether a game is worth playing or not. Make sure to create exciting gameplay and watch as you get an increasing number of downloads for your game.

As a developer, you might be tempted to create the most challenging game possible. While this will allow you to polish and showcase your skills, this may not serve well for the app itself.

Well, people like to be challenged enough to the point where winning seems like a possibility. The moment something becomes too difficult, many abandon efforts rather than try and increase them!

So, if you create a game that features very challenging and complicated gameplay, people will abandon it after trying it a few times. And remember, your objective should not be to get your game downloaded by the masses; you must also strive to retain all your customers.

Also, keep in mind that each level should not be too long. It is better to have a high number of levels rather than having less but longer stages. This is because the longer a single-level goes, the more easily players end up losing interest in the game.

All in all, create an addictive, somewhat challenging game with shorter levels to keep your users engaged.

Unless you wish to increase your workload from the get-go and adapt your gaming app to all possible platforms out there, the chances are that you will first be in a dilemma. Between Android, iOS, Windows, and Blackberry, developers must decide which platforms to develop their game for.

There is no one clear path you can take here. No trends can help you out. The right platform for you will depend on the target audience of your gaming app. If you wish to tap into a profitable niche first, launching your game on iOS is the right way to go.

But, to get more exposure and hence increasing word of mouth, Android will be your best bet. If you have resources, you can also choose to create a hybrid model. But, apps dedicated to given platforms tend to function much better than hybrids.

It is time to develop!

Once you have considered all four factors, it is time to begin developing the best gaming app for your consumers. Nail every element, and you will reap the rewards in terms of a high number of downloads and, in turn, a considerable revenue!

Alycia Gordan is a freelance writer who loves to read and write articles on healthcaretechnology, fitness and lifestyle. She is a tech junkie and divides her time between travel and writing. You can find her on Twitter: @meetalycia