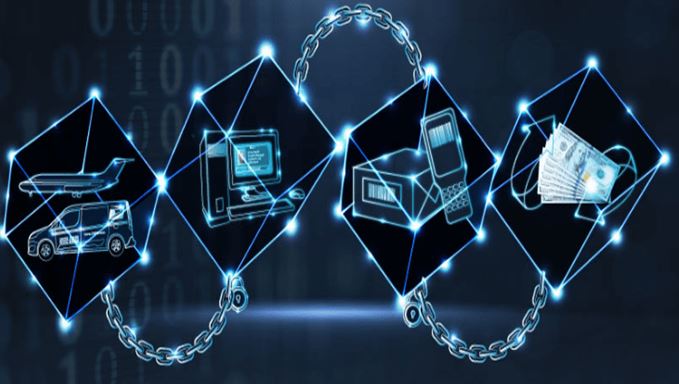 Blockchain has already proven itself to be a game-changing innovation, especially in a world that has been in search of a more decentralized currency. For people who are keeping tabs on the latest bitcoin news, you will agree that this latest technology has woven itself into a wide range of industries ranging from agriculture, finance and a whole lot of industries that are in-between.

Growing at a staggering rate, blockchain as a disruptive technology is far from its peak. The Global Blockchain Market Report held that the market valuation projection has been pegged to stand at $60 billion come 2024. The projection estimates that Blockchain will have risen from $706 million as evaluated in 2017 to the staggering value in a period of 7 years.

Although China and the United States are leading shareholders in the Blockchain world, several other countries including India and South Korea are beginning to show interest in the form of billions that are being pumped into the technology.

The increasing buy-in into the technology, however, is no match for the number of people who are in the dark as regards what the technology is about and what they stand to gain from investing in it.

To better understand what the Blockchain technology is, read below.

Blockchain Technology: Starting From The Basics

In broad terms, blockchain technology is a distributed ledger system that offers stronger security to economic processes that are occurring in real-time. Blockchain, in structure, comprises a series of blocks of digitally recorded transactions.

The Global Blockchain Market Report revealed that there is an increase in the acceptance of blockchain technology, especially in certain industries like finance and technology. Using worldwide digital technologies as a means to accelerate its development, system developers have continued to drive the growth of the technology that has been described as the top application driving growth across the globe.

With the financial sector taking the most advantage of the Blockchain technology, many have been able to enjoy the dividends in the form of online payments that have gained huge traction over the past couple of years. In addition to this, card-based payments, debit and credit card use as a form of payment and transaction has also taken full effect in most parts of the world.

Innovations Ushered in By Blockchain Technology

The first major innovation was in the form of Bitcoin. For those who have been following the bitcoin news from the start, it is agreeable that Bitcoin was the first major cryptocurrency to take the revolutionary blockchain technology to a new level. Being majorly transaction-oriented, Bitcoin has grown today to be worth over $145 billion.

Following the introduction of the model that is transaction-oriented for bitcoin and based on the blockchain technology, a second wave of innovation in the form of blockchain came into view. The idea of the blockchain came after Bitcoin recorded its success. Blockchain was premised that it could be detachable, that is, operate as a self-existing decentralized technology platform.

The second wave of innovation was readily successful and was adopted by a number of industries, leading in line are the baking and finance industries, the food industry, aerospace, and agriculture.

The third major innovation came in the form of a smart contract that was dubbed Ethereum. Ethereum was introduced into the crypto space with the idea that it was able to fix some of the common problems that were readily visible in the form of commercial loans and/or financial products. Ethereum came into the market with a means to ease the use of bitcoin tokens and was readily a success.

The fourth wave of innovation came in the form of the most current iteration of blockchain dubbed the proof of stake. Proof of stake is a modern technological model that offers an individual with a certain amount of cryptocurrency his or her own right of power over someone without.

With this power, stakeholders are able to validate or mine block transactions that are based on the amount of cryptocurrencies owned.

The fifth innovation which marks the end phase is however yet to occur and is expected to be in the form of ‘blockchain scaling’, this means that individuals will enjoy faster transactions.